You’re Not Just Changing Your Diet | The Die-Off Reaction

Inside your gut there are hundreds of different species of bacteria, yeast, other non-human single-celled organisms and viruses. In a perfect world, all your microbes live in harmony. They help you digest your food, make vitamins for you, and stimulate your immune system. In biology this type of symbiotic relationship is called mutualism which means both parties benefit. The microbes get nutrients from the fiber your body is unable to digest, and you get nutrients, vitamins and protection from the microbes.

However, the world is not perfect and other symbiotic relationships exist in your gut. Probably the most common symbiotic relationship between you and your microbes is commensalism. This is a type of relationship where one species benefits while the other isn’t affected at all. Basically, there’s a bunch of freeloaders living in your gut, stealing some of your food but not necessarily causing you any direct or indirect harm. They’re just there.

And then there’s a third type of symbiotic relationship known as parasitism. In this situation, the microbes benefit from stealing your food, eating the protective layer of your gut or even sucking your blood. They get all the benefits while you suffer. It’s important to note that most species of microbes in your gut are not parasites but could become parasites if their population gets too big or if they populate the wrong regions of your gut.

Let’s say under normal circumstance, microbe x is a commensal organism. It lives off the food you eat but doesn’t cause you any harm despite the endotoxin it produces when members of its population die. If microbe x’s population were to grow too large it would no longer be a commensal organism. Instead, it would become a parasitic organism because a) it’s stealing more of your food, b) it’s causing your immune system to constantly fight it and c) it’s producing more endotoxin when members of it’s population die.

Let’s say for the past few months you’ve gotten into the habit of eating too many carbohydrates. You’re snacking on cookies and donuts and washing it down with 64 oz. of coke every day. Your body is not going to be able to absorb all that sugar and whatever is left over will be fed to microbe x resulting in growth of its population. Now, because you’re eating all those carbs, the population of microbe x in your gut is sustained. More are born every day and as it goes through its lifecycle, more die every day.

You drastically lower your carbohydrate intake. No more cookies, donuts or coke. Microbe x no longer has a food supply. It’s population begins to die more rapidly than usual and as a result a massive dose of endotoxin is produced.

After a week of the keto diet you start to wonder if you made the right choice because you now have a massive headache, brain fog, nausea and diarrhea. This is the “die-off” reaction. Some people call it the keto flu and others call it the Jarisch–Herxheimer reaction. In any case, when you make significant changes to your diet you may experience some of these die-off symptoms as the parasitic microbes die-off. The symptoms usually last a few days to a few weeks and may be reduced by taking activated charcoal and drinking plenty of water.

For any of you who have tried making changes to your diet and have been discouraged due to feeling crummy for the first week on your new diet, know that things will improve. 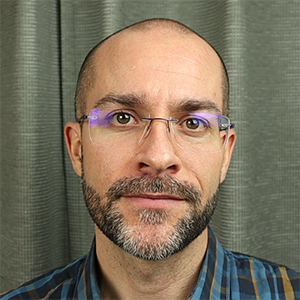